We have mixed drinks about feelings.


Have some fireworks as well!

We got you some nice new additions to base build so you can expand in a creative way!


2 new cabins to build, both are bigger than the current one!


New elements to make it cosy, safe and memorable. The spike traps do damage so don't walk on them.

And some simple wall decoration to show of!

It's here, my favourite vehicle of them all, the all mighty tractor!

We add first person perspective to vehicles, and see for yourself how it looks like! Also for now only the tractor has an animated and functional dashboard, we will add the rest later on!

LET THERE BE LIGHTS! Vehicles got lights on them for those nice night rides. Turn on/off lights with X.

We know that you guys like to look fancy so we got you covered!


So we added 4 new combat helmets, they offer same protection as military helmets but are much lighter. 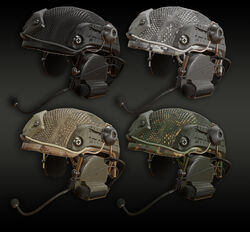 Some cool scarfs (keffiyeh is the correct name). 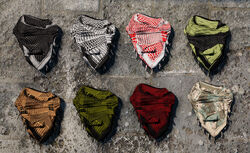 And here how it looks when you get some of those new clothing items. 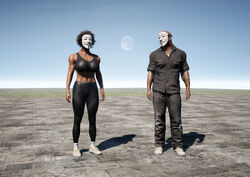 Construction helmet for all of you avid base builders.

Last but not least, some shorts for the hot days! 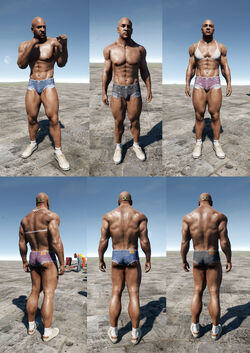 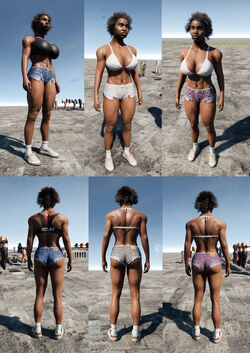 NO CITIES YET! Sorry to disappoint, but they still need some work. But fear not here are 3 locations that you can prowl around and make new friends! 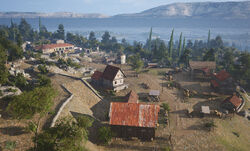 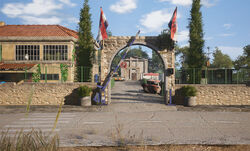 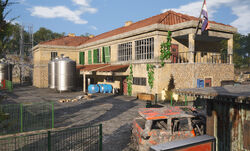 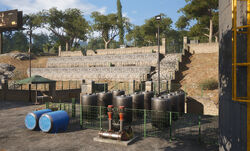 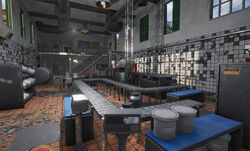 Air and Military Base 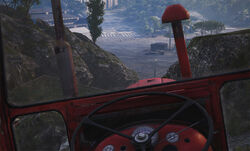 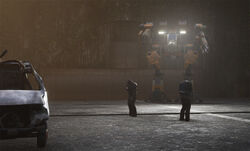 You can learn more about the inspiration for this location from here!

In this little box we have a new gun, the AK15, and some extras.


The AK15 has 2 modes of firing single bullet and fully automatic it uses 7.62x39 mm ammunition.

And here is an anniversary AK47 with some neat engravings!

Here are some extras!

Silencer for all AK rifles.
Mag for the AK15.
New scope Aim PRO, that can be mounted on most rails.
New bow silencer that can be attached to all bows.

Got a new gesture!

The community spoke and we listened. Tying down, bondage, foreplay call it what you want it use it was you want it.


With proper item in your hands you can tie another prisoner's hands by approaching them from behind and using the 'Tie Hands' option from the context menu (hold F or press right click in interaction mode). This option is available only if the prisoner gave consent by raising their hands (surrender gesture).


Once tied the prisoner will have their movement options limited. They will not be able to perform most of the usual actions. One thing they can do is to try and struggle to loosen the bindings on their hands. If successful they will be able to break free from the bondage. Their bonds can be re-tightened at any point by another prisoner to prevent their escape.


The captive prisoner can enter vehicles, but cannot operate them. They cannot open the map, access their inventory nor join the events. In this state their log out timer is increased and forcefully disconnecting from the game leaves the prisoner vulnerable for longer time.


If all else fails the captive prisoner will be able to try and commit suicide by smashing their BCU chip into the ground, which will trigger a small explosion. 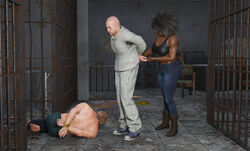 We improved the breathing underwater mechanic so you guys have more precise info on it!


When you start diving a new UI element will pop up around the health bar that will indicate how much air you have left.

If the bar hits red your health will start to drain, and if the red bar gets to 0 you're unconscious and will sink to your death.


The air supply that you have depends on your constitution attribute.

If you wanna show your support for your favourite team or want an epic screenshot, the flare offers all sorts of uses!


The flares come in 3 colors: red, green and blue.

But if you're scared of flares we got the flare gun ready for you!

After a long day of work you should sit/lie down. 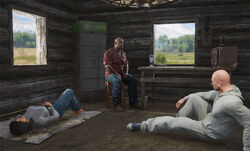 Sitting or lying down will recover health and stamina x2 faster.

A new food source for all of you hard core survival fans!

Larvae can be found in old tree trunks lying around the island
Worms can be found around rivers, streams and water sources.

Okay so we did more changes on sounds so it got its own section in this notes. Everyone say "thank you Rale"

Bunker door audio has been increased. You can hear bunker doors opening/closing on a bigger distance.
New crisp sounds for grenades, and the distance radius is now 1km.
Grenade detonations now travel! With a speed of 342m/s so if you are 1km from the impact you will hear the sound in 3 seconds.
And as always new fresh music on the radio.