WE HAVE FULLY IMPLEMENTED THE DRIVING SKILL, YAY!!! This is how it works now:

If you are a musician who would like to have your music in the game, or you have a small underground indie band you would like to support this way, please send an email to tena at gamepires dot com for more info!

Bast From The Past[edit | edit source] 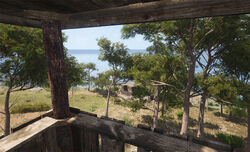 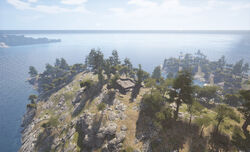 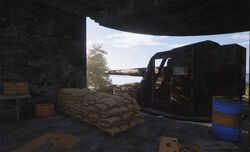 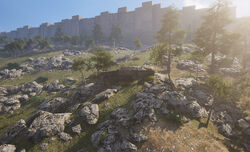 We have some more taunts coming your way! This time we will mix it up, so now you have both casual and military taunts!

We did a small rework on how loot spawns, so now abundant loot is abundant and rare loot is rare, most of the abundant loot can be used for crafting to get better gear. In all we are trying to expand the time you need to get high end gear, but also to make ti feel more rewarding.

This one will be in the menu

This one will be once you enter the game.

This will be a red flash once the player is injured, the red flash is also sent to the headset and speakers if possible.

So we are giving you time until the next patch to get all your loot from those chests to a safe place, as from the next patch you wont be able to place chests in rocks or access them.