It was a warm and sunny summer morning last April. I was sitting in my favourite sofa in the office. Thinking about SCUM. And big data. As I always do in the evenings. At one point there are 5 doughnuts on my table, and the first thought that came to me "How to eat all 5 in a most efficient way?" and then it dawned on me. Big. data. blockchain. crypto-algorithms. using cutting edge deep network machine learning methods for network replication IoT applications. And so I started to mash my keyboard (already on the third keyboard), and then it was born. Network crypto-algorithm replication blockchain. Everything that was a lot now is lot less and server runs about 5x faster. Fixed the game. The end, or is it?

We added a new family member to the rifles in SCUM. The M1891, a five-shot, bolt-action rifle. It uses the 7.62x54mmR cartridge, and it can be found in military areas.

Eder 22 is a new gun that uses 9×19mm Parabellum cartridge, and you need to find a magazine if you don't want to feed the bullets 1 by 1. It can be found all around the island, but the best locations to find it are around military and police areas.

Fortify In The Name Of God[edit | edit source] 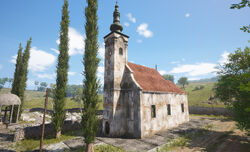 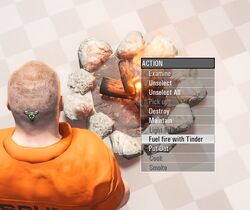 And Everything Else[edit | edit source]